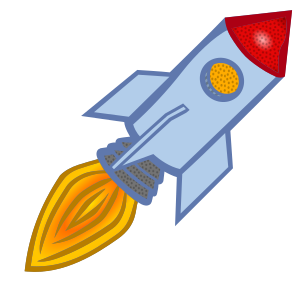 In the late seventies (yes, the 1970s) I was enrolled in an Electronics Engineering Technology program.  There was some minor programming involved.  I had to write my first program on ticker tape but I loved it right away.  I could write some code and then watch the machines do what I asked them to do.  It was just awesome.

The school had some minor games on the central computer.  One of them was a space game.  No one had personal computers at the time so this was brand new to me.  Just picture yourself at 23 years old being able to play your first computer game.  It was mesmerizing.

We did not have terminals, just teletype machines, so each move we made in the game had to be printed out.  It took a lot of paper.  And now we see the problem.  The school shut down the computer games because of all the paper use.  It was a sad, dark time indeed.

I remember my Instructor’s exact words “If you could do that you would get an A in this course”.  I ask you… who among us would not take that as a direct challenge?

So, I went off to write the code for my own space game.  Within a week I had gone far beyond our rudimentary computer course and had to teach myself the programming language (we used BASIC) from library books.  Of course, I was so focused on the game that my other courses suffered.  This was often pointed out to me by our Head Instructor. 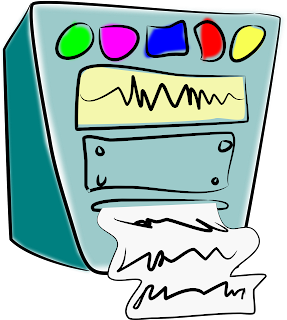 Since the original problem was the amount of paper use I designed my game to use much less paper.  Finally, the space game was ready and I started to play it.  A couple of my friends asked to play it and before long the entire school was playing my space game.

The folks down at Computer Services noticed that the amount of computer time spiked at lunch and between classes.  When they checked they found that the culprit was everyone playing my space game.  My two friends and I were hauled off to the Head Instructor's office where we got to watch him delete the program from everyone’s account.  But somehow the clouds parted and the sun shone through and the Head Instructor allowed the three of us to keep the game.  He turned to us and, in the sternest voice he could muster, said “If this game gets out again you will all lose it”.  The stakes were high (possible loss of the only computer game I had ever known) so we were careful and did not let the game out for the rest of our time at the school.

So, the big question is... did I get my A?  Well...  I had my program pretty well ready to go when our Head Instructor reminded me that the final project for programming class had to have a flow chart.    Oh yeah... I forgot about that.  Now it is one thing to flowchart a program when you are in the planning stages but going back later was going to be a bit of a nightmare.  Also... did I mention that I hate to flowchart.  It was another sad, dark time.

Instead of going to all that trouble for a program that was clearly working I just made a new program that calculated standard deviation or something like that.  I have blotted it out of my memory so it might have been something else.  It was all nicely flowcharted and I got my A.  Yaaayyyy. 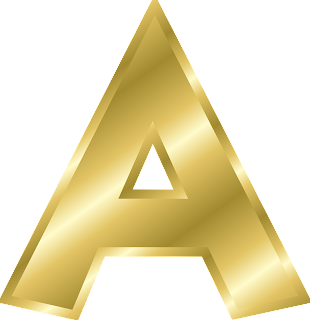 I had to drop out two weeks before the end of the course due to illness.  I am pretty sure that it was not caused by intense programming, lack of sleep, and poor eating habits but who knows… maybe it was.  I returned a couple of years later and graduated with my Diploma.

What happened to my program?  Well… I could not take it with me since computers were these big things that only large institutions owned so I never got to play it again.

Where there is life there is hope.  One of my friends took the program to a University that was a couple of hours away.  He knew a student there and they translated the program into their version of BASIC.  It was a long and arduous process but finally, they got it working.

Not sure anyone saw this coming… but everyone started to play the game at the university and Computer Services noticed.  Everyone, except the student my friend knew, had the program deleted from their account.  There was another stern warning that if the program got out that it would be deleted from everyone’s account.

Well… guess what?  The program got out and everyone started to play it again and Computer Services complained and it was deleted from everyone’s account including the student my friend knew.  It was another sad, dark time.

There was one final chapter to my friend’s story.  He found out that the Professor, who had deleted all the copies of the space game, still had a copy of the program in his account.  So, the space game lived on.

You would think that would be the end of it but being as long winded as I am there is still more.  You may have heard of something called Karma.  Well… many years later I was employed with a college in the Computer Services department.  So, now it was my job to keep people from messing around with the computers.

I started to take computer programming classes.  I was right there… why wouldn’t I?  After a while I started to teach a few computer classes and when an Instructor position opened up I applied.  I didn’t get the job but the next year I tried again and they hired me as a full time Instructor.  One of the assignments I loved to give out was… the space game.

Popular posts from this blog

Quit While You are Ahead

August 14, 2017
Kirk McDougall Ski Jumping. Quit While You are Ahead / Skiers' Denial I like to try many different things.  I guess one of my biggest fears in life is that there may be something somewhere that I have not experienced.  So in keeping with that thought I once took up skiing.  Now this story is really not about me or even that much about skiing so feel free to skip to the next paragraph.  When I did learn to ski I took lessons and practiced on small hills in the city.  It was 15 minutes up the hill and 30 seconds down.  It took a long time to get little practice.  After a while I was ready for the mountains and what I found was that it was half an hour up and half an hour down.  I learned more about skiing on my first trip down the hill in the mountains than my entire practice time in the city.  Who knew?  Well... I guess every skier except for me and the people who told me to learn how to ski in the city. Many skiers I talked to told me stories and one of the common thr
4 comments
Read more

August 07, 2017
Exactly one month after I started to date Angelle, my wife and the love of my life, I asked her "If you could go anywhere in the world where would you go?".  After some kidding around Angelle answered that she would like to go to the Orkney Islands in Scotland.  Well, my name being Kirk McDougall means that I have a wee bit of Scottish heritage so I said "You make the arrangements and we will use my Air Canada frequent flyer points". Angelle immediately went to her Mother and asked "What do I do?  I just met this guy and he wants to take me to Europe". Her Mother gave Angelle some sage advice that she will always remember.  "If you don't go, I will". With that idea in her head Angelle decided to come to Europe with me.  We only had 10 days until we left so all that was available for Angelle to book was a trip to Munich.  We also had no choice but to go first class as those were the only seats left.  It was tough but we soldiered throug
4 comments
Read more

Apps / Games I Have Made

Kirk McDougall
First a little about myself. I am an independant game programmer living on a small island attached to Vancouver Island. I am writing a blog mainly because I have stuff inside me that wants to get out. That would be the stuff that you read on my blog. Why "notabandwagon"? I like think before I do things and I don't ever want anyone to follow me without thinking about it first. If you find something of use in what I say then that is great but it is important to me that you make up your own mind. Don't jump on my band wagon just because it is going by. What about Happy, Healthy, Wealthy? My number one goal in life is to be happy and to help as many others as possible happy. I don't mean every second. I speak in general rules and not in absolutes. Being healthy or wealthy and not happy both sound like a bad situation. My number two goal in life is to be healthy. Wealth without health again sounds like a bad situation. Third is of course wealthy. Wealth can be about so much more than money. So there you have it. The three big things in life Happy, Healthy, Wealthy in that order.